The ongoing monthly series, Austrian Writers on Film, a collaboration of Anthology Film Archives and the Austrian Cultural Forum NY, gets a special jump-start this coming Thursday, April 29, at 7:15 & 9:15 with a screening of the popular-with-film-buffs-but-rarely-screened LETTER FROM AN UNKNOWN WOMAN -- the Hollywood adaptation by Max Ophüls (shown below) of the Stefan Zweig novella. 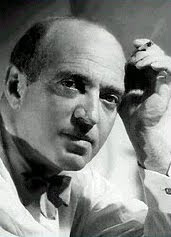 Devoted to the intersection of cinema and Austrian literature, this series features films written by, adapted from, or even directed by renowned Austrian novelists, dramatists, poets, and other writers.  The May selection will be Michael Haneke’s French-language (but Vienna-set) film of contemporary Austrian author Elfriede Jelinek’s The Piano Teacher. And June will see the U.S. premiere of what AFA calls "a truly remarkable example of Austrian silent cinema, long thought lost": Hans Karl Breslauer’s The City Without Jews, an adaptation of novelist Hugo Bettauer's satire that proved all too on-target in the decades that followed. 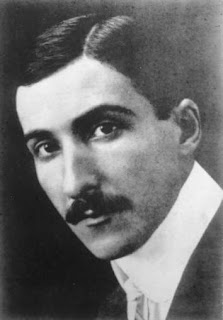 The AFA tells us that April’s screening of this Zweig adaptation (the writer is shown at right) has been scheduled to coincide with a special event taking place at the Austrian Cultural Forum New York on Friday, April 30: a panel discussion entitled “The New World of Yesterday: Stefan Zweig’s Utopian Nostalgia”, which will focus on Zweig’s work and his final years in the Americas. For more information, click here. 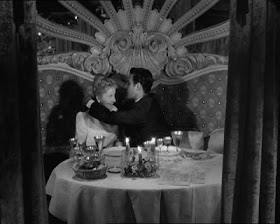 Any Max Ophüls film, particularly when it is screened, as here at the AFA, in 35 mm (and in a beautifully preserved print, courtesy of the UCLA Film & Television Archive)  is worth seeing a number of times -- even if, as for me in the case of his Earrings of Madame D..., you are not particularly enamored of the film.  Ophüls' visuals -- his camera movement, sets, costumes and the like -- are so beautiful to behold that these carries you effortlessly along.  And Letter's black-and-white cinematography (by Franz Planer) moves from the merely beautiful to the often breathtaking. 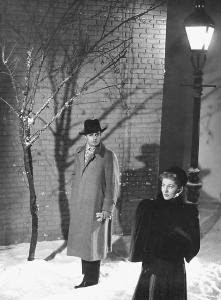 Letter from an Unknown Woman (which might have better been titled Letter from a Clueless Woman to a man with a very poor memory) is one of the master's four Hollywood efforts, which, in terms of sophistication and morality, rank a tad lower on the chart than do his European films. America's attitude toward sex and adultery (among other topics) is forever behind that of Europe in terms of both our humanity and hypocrisy. 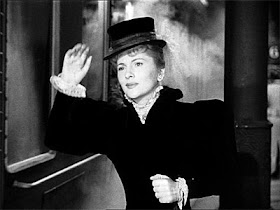 That "Letter" remains as fine a film as it is, comes as something of a surprise.  Released in 1948 and running only 86 minutes, it tracks the obsessive love of a woman, starting in her teen years, for a handsome classical pianist who remains a unrepentant roué throughout. As portrayed by Joan Fontaine (above, who makes a surprisingly convincing schoolgirl early on) and Louis Jourdan (below, right, nicely navigating the difficult route between rotten and redeemable -- and as sexually compelling as ever), this two-
some remains fairly riveting, even by today's standards.  Fontaine's elegant, often sweet beauty predates that of Grace Kelly, without the latter's layer of stone beneath the supple veneer. 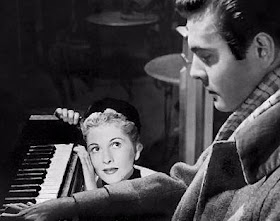 Letter's screenplay, from Howard Koch (and an uncredited Ophüls), is barely a patch on what the filmmaker would give us in the following decade's Lola Montès.  Still, if you didn't manage to DVR it on its recent showing via TCM in high definition, then get to AFA this Thursday. I will try to say more about upcoming screenings, particularly The City Without Jews, as their playdates approach.... 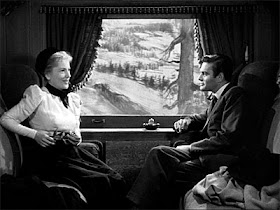 About The Austrian Cultural Forum New York
The Austrian Cultural Forum New York (ACFNY), an agency of the Republic of Austria, is located in an extraordinary architectural landmark building in Manhattan. It is the Cultural Section of the Austrian Consulate General in New York. It offers free admission to all of its events, which are not-for-profit and frequently engages in cultural events with social, charitable and educational context and purpose, in cooperation with Austrian and Austrian-based artists. It is a cultural, academic, and intellectual meeting place for Austrians, Americans, and citizens from all over the world.