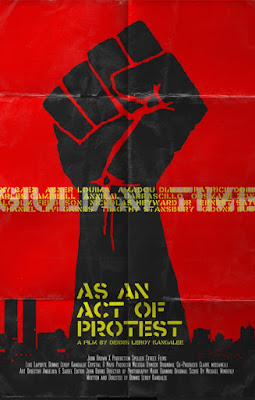 Beginning with a quote from German writer Goethe which I'd never heard -- "All men's failings I forgive in actors. No actor's failing will I forgive in men." -- AS AN ACT OF PROTEST comes complete with its own rather special history. Its press materials tell us that, since the film's 2001 world premiere at the American Black Film Festival, it has screened throughout Europe, but was never picked up for distribution until Speller Street Films' current worldwide release of the extended European version on October 30.

The mention of an "extended version" raises its own questions, as the version I was given to watch lasts just shy of two full hours. Yet on the film's IMDB site, its length is said to be two hours and twenty-four minutes -- which would appear to make that the "extended" version. So why are we critics being given the shorter version to view? 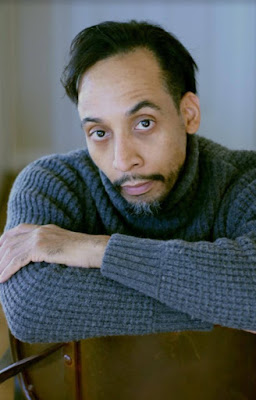 I am not complaining, however, but rather considering this as a kind of unexpected/unplanned gift because -- despite its heart and mind being in what we might call "the right place" concerning the many and consistent wrongs done to the Black community throughout the history of the USA -- this film, whether looked at as either art or entertainment, has been conceived so poorly then executed in even worse fashion by writer/director Dennis Leroy Kangalee (shown at right, he also takes the role of the theater director in the film) that it stands out as near-perfect example of how not to make a movie about this particular subject. Or any subject, really.

The subject here is Black rage and how to deal with it. God knows, this is a valid and important one, and if this brings to mind our current Black Lives Matter protests and their sometimes accompanying looting and violence, this is certainly part of the reason for the film's being "rediscovered." If only it lived up in any way to the possibilities on tap here. 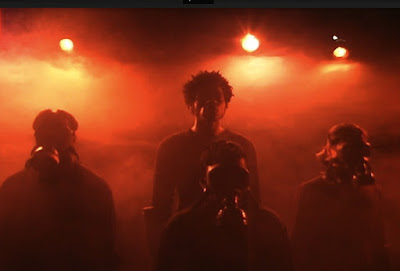 The initial scene (above) offers us the curtain call of a play or performance piece that the audience seems to love beyond measure, as lead performer, a young man named Cairo (played by Che Ayende, above and below) takes his bow. The character then spends the remainder of this very long movie fretting and complaining about, well, everything. And while he has plenty to complain about, he should only have waited until the current and rotten Trump administration to know how bad things can get for Blacks and Whites and everyone on the color scale in between. 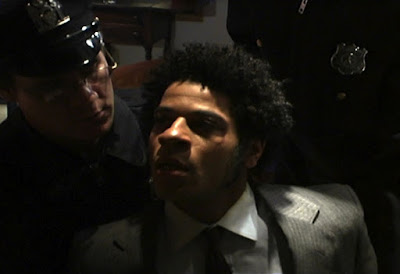 Within the first fifteen minutes this movie proves to be so repetitive, heavy-handed and amateur in every way that TrustMovies was not at all sure he would be able to ride it out. (He did, but that was mostly out of respect for the film's kindly and reliable publicist.) The filmmaker's general routine is to have his characters say something, repeat it at least twice, and then perhaps scream it once again for good measure. When one character finally tells another to "Chill," you hope against hope that he will take that advice. (He doesn't, of course.) The dialog, peppered with gems such as "God helps those who help themselves" and "If something seems too good to be true, it probably is," ranges from mediocre to appalling, and the performers, while giving it their best, can't do much to help. 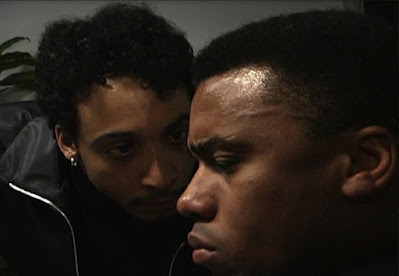 There's a Rudy Giuliani-like shit-heel mayor of New York City, a corporate plot to take over the Harlem theater at which the next play is to be performed, a girlfriend who's treated very badly by our would-be hero, a fantasy in which cops are pictured as pigs, a dreadfully unbelievable look at hypocritical Black academics and the Black bourgeoisie, and finally a reliably obvious object upon which all that Black rage can concentrate. 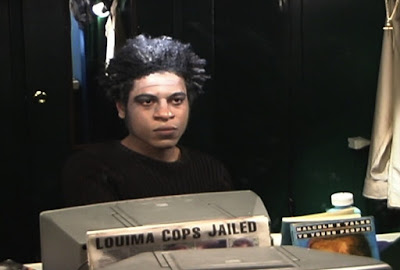 Nothing works, and the saddest part of this sad and really awful movie is that its subject, now and forever, demands a film that can do that subject some justice. As an Act of Protest is such an embarrassing misfire, both now and back when it was first made, that it only seems to make the situation worse. If that is even possible. 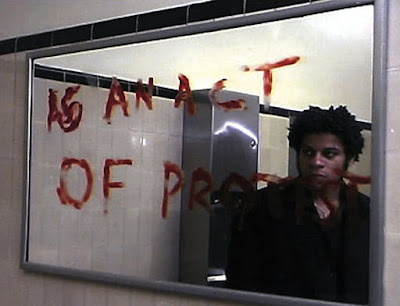 Distributed by Speller Strteet Films and running (in the cut I saw, at least) 117 minutes, the movie becomes available worldwide via Vimeo-on-Demand tomorrow, Friday, October 30. Click here to view it and/or for further information.
TrustMovies at 5:55 PM
Share