Fans of Spanish film who live in New York City should be aware (if they are not already) of Instituto Cervantes, the Spanish Cultural Center of Manhattan, located in one of the loveliest yet little-known spots in the city: Amster Yard at 211 East 49th Street, between Second And Third Avenues. Here, in a beautiful new building with a spacious outdoor patio, city dwellers can find everything from classes in Spanish to a monthly program of Spanish-language screenings in the Instituto's commodious auditor-
ium to a Biblioteca/library chock full of DVD/Videos (over 6,000 Span-
ish and Latin American movies, TV series, short films & documentar-
ies, plus recorded interviews with Spanish speaking authors).

There are also countless Spanish language periodicals and a 50,000-volume collection of the works of Spanish-language authors (prose, poetry and plays in Spanish, Basque, Catalana and Galician); and music: more than 2,000 CDs that feature Spanish and Latin American music of many periods, styles and genres.

Instituto Cervantes is easily accessible via the Second and Third Avenue buses, as well as the 49/50th Street crosstown service. The nearest subway stops are at 51st Street and Lexington (the 6 train) or 53rd Street at Lexington or Third via the E and V trains (the V, by the way, is to become the M, as of June 2010). 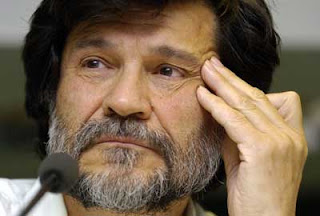 This April's month of weekly screenings are dedicated to the link between cinema and literature and so feature films based on famous novels.  The first and already finished program (apologies to the Instituto for posting in such tardy fashion) screened last Wednesday, April 7:  The South (El Sur, Spain, 1983, 93 min), directed by Víctor Erice (shown above, who also gave us The Spirit of the Beehive). Based in the novel by the same name of Adelaida García Morales, this movie was nominated for the Palm D’Or in Cannes and won the prize of the Spanish Film Critics Circle.  The cast includes Omero Antonutti, Rafaela Aparicio, Iciar Bolliain and Sonsoles Aranguren. 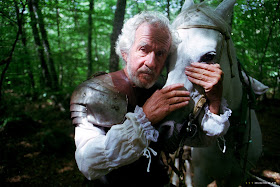 Next Wednesday, April 14, at 6:00 p.m. in the IC auditorium will screen Honor de Cavallería (above, directed by Albert Serra, Spain, 2006). Cast: Lluís Carbó, Lluís Serrat, Glynn Bruce, Lluís Cardenal & Bartomeu Casellas. Of the many adaptation of  one the world's most famous and popular works, Don Quixote, this film is perhaps the freest, as the technical and artistic team takes a parallel journey  in both film and life to the main characters of the Cervantes book. The identification of these two trips is the main theme of the film. Therefore, this movie is not just the story of an adventure, but the adventure of a narrative journey. 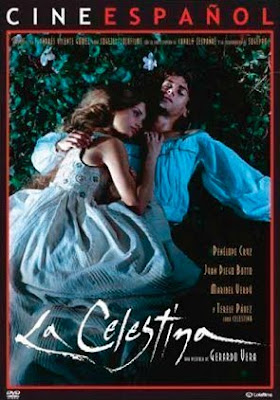 Special Thursday, April 15, screening:  Following the 6pm talk by Peter Bush, translator of La Celestina (Fernando de Rojas' landmark Spanish novel, published at the end of the 15th Century), will be a special 7pm screening of the most recent of the several films made from this famous story. 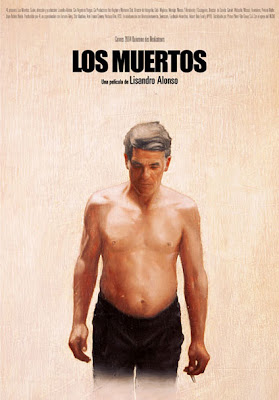 Wednesday April 21 at 6:00 p.m. in the IC auditorium: Los Muertos (directed by Lisandro Alonso, Argentina, 2004). Cast: Argentino Vargas, Francisco Dornez, Yolanda Galarza, Hilda Chamorro.  Here is another hypnotic movie from writer/director Alonso, who recently gave us Liverpool and who belongs to that new generation of Latin American filmmakers such as Lucrecia Martel, Alicia Scherson and Sebastián Silva who are proposing new ways to look at their countries, very different from the so called ‘new Latin American cinema’ that took over in the sixties.

In this film, upon his release from jail in the province of Corrientes, Argentina, Vargas, a 54 year old man, wants to find his now adult daughter, who lives in a swampy and remote area. To get there, he must cross great distances in a small boat on the rivers then travel deep into the jungle. A quiet and self-contained man, Vargas possesses the restraint of those living close to nature and is surrounded by deep mystery. 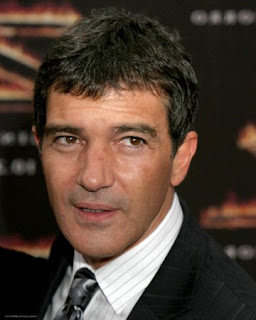 A quick announcement about Instituto Cervantes' special May 2010 film program:  From May 10 through May 19 Instituto Cervantes will present Realism in Spanish Cinema (1951-1963). This series is based upon an original idea by actor and director Antonio Banderas (shown at left), who will be present at the opening of the series on May 10th.

All the movies on this series are classics of the Spanish cinema that trace the history of Spain under Franco, attempting to escape censorship while focusing on the harsh and grim lives of Spaniards during the 1950’s and 60’s.  Most of the films were invited to (and sometimes won prizes at) international film festivals such as Cannes and Venice, with some eventually becoming classics of cinema. 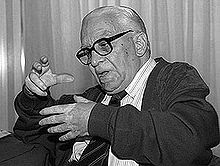 Monday, May 10 at 6:00 p.m., the IC auditorium will house the opening screening: Surcos / Furrows, Spain, 1951. 99 min), directed by the late José Antonio Nieves Conde (shown at right). In the cast are Luis Peña, María Asquerino, Francisco Arenzana, Marisa de Leza and Ricardo Lucía. The story involves the Pérez family, consisting of a couple in their sixties and their three kids, who dream of improving their lives by moving to the capital. They attempt to put their grueling country life behind them at an extremely difficult moment in Spanish History. The family is quite hard-up but manages to find a place to stay in Madrid, thanks to Pili (an old friend of their eldest son), who takes them into her house for a fixed rate. Every day they spend in Madrid becomes a failed attempt in survival. The characters have to face an internal struggle that will contribute to extinguishing the idea of well-being and abundance that they had associated with life in the big city without an empirical basis; an idea based on the rumors that reached their village. The reality of Madrid in the 50s is nothing like what the family expects: blue-collar neighborhoods packed with workers with insufficient resources, where the black market and delinquency became the staples of everyday life -- to which everyone inevitably turns sooner or later to survive.

TrustMovies will have more information about this series during the week before its May debut.
TrustMovies at 5:55 PM
Share