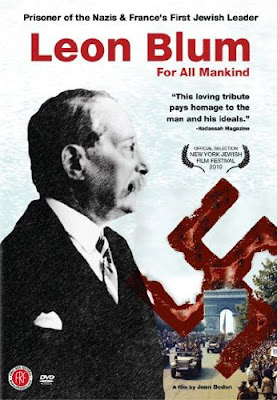 TrustMovies admits he knew almost nothing about Leon Blum, Prime Minister of France (for a year in 1936, a month in 1938, and another month just-post WWII in December of 1946. The 2009 film Paris 36 peaked his interest in M. Blum, which has now been generously fed by the very fine documentary from professor and film-maker Jean Bodon (shown below), titled LEON BLUM: For all Mankind. The first Socialist and the first Jew to serve as PM in France, Blum was given immediately after his election -- according to Wikipedia and Lazar Landau -- this nasty dressing down in the National Assembly by a right-wing deputy who would later become Commissioner of  Jewish Affairs for the Vichy regime:

Your coming to power is undoubtedly a historic event. For the first time this old Gallo-Roman country will be governed by a Jew. I dare say out loud what the country is thinking, deep inside:  It is preferable for this country to be led by a man whose origins belong to his soil... than by a cunning talmudist. 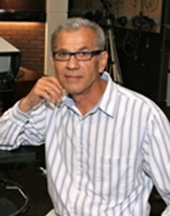 Indeed, only a few month before becoming Prime Minister, Blum was dragged from a car and badly beaten by a group of right-wing anti-Semites. M. Bodon gives us Blum's family history, his early years as a writer and critic, and -- after the Dreyfus affair sucked him into politics -- a member of the Socialist party. His politics were left-wing moderate (today, here in the USA, he would probably be seen as nearly anarchistic by our loony right-wing), and when the combined political parties of the left and center formed The Popular Front in France, it's victory carried Blum with it. He and it were able to achieve some stunning legislation during their short stay -- from the 40-hour week and paid holidays for workers to an extension of rights for the Arab population of Algeria. 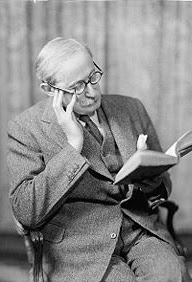 Blum, shown left, was apparently a man of honor, as well as of wisdom.  His consistent search for justice for all -- including especially the rights of women in France -- was and is, it seems, far ahead of its time. He was heroic in his quiet manner, staying in France during the war and spending much of it on trial (a Nazi-led "show" trial) and then in a concentration camp.  His story is involving, surprising and exemplary. As Bodon (or perhaps it was one of his interviewees) notes, "Blum represents, for me, an eternal spring."  Indeed. The man's actual time served as Prime Minister was short, but his accomplishments and spirit will be remembered for a long while. This fine documentary, just one hour long, burnishes his memory well.

The DVD, from First Run Features and released last year, comes with a few extras: film notes by Blum's great grandson Antoine Malamoud, a photo gallery and a bio of the filmmaker.
TrustMovies at 8:08 AM
Share