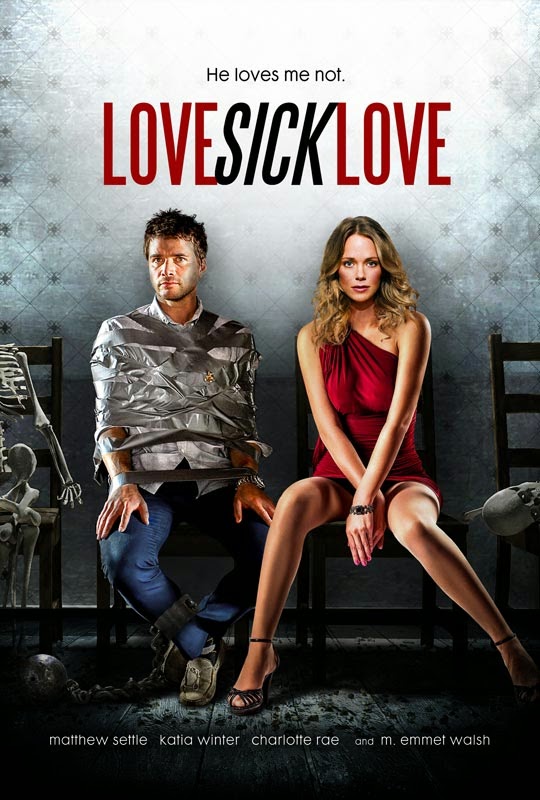 TrustMovies is calling attention to this little movie not because it's so good (or so bad) but mostly because the few reviews (click and scroll down) it received were so undeservedly negative. No great shakes, LOVE SICK LOVE still manages to tread an unusual path between dark comedy and something akin to terror/horror, while remaining on its feet, if not its toes. Well acted and directed and competently written, the movie has a professional sheen and is never hard to watch. In fact, it'll keep you guessing about which direction it will finally choose to take. 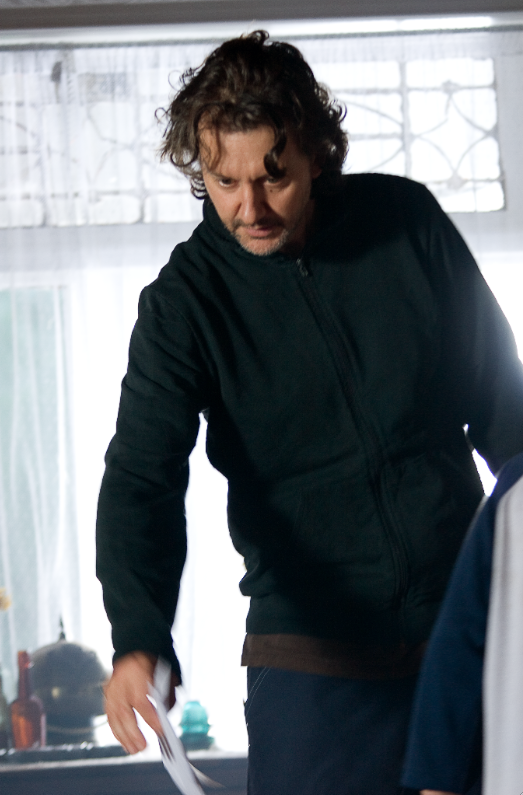 Written by Ryan Oxford and directed by Christian Charles (shown at right), the movie offers us both an anti-hero and anti-heroine at odds with each other. Neither is very likeable in ways that bring to the fore dating and mating habits of today's men and women. Yes, the guy wants to constantly play around and never commit, while the gal just want that commit-ment, come hell or high water. To that end, she has devised a plan, little of which will be given away here. When that plan goes into action (it involves not just our young woman but some other relatives too), things get crazier and more fun. 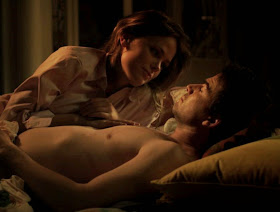 In the starring roles are two good performers who give it their best shot (Matthew Settle, above right, as the guy, Katia Winter, above, left, as the girl) while staying true to their characters, who are simply not very nice. This is a tricky thing to pull off -- two main characters for whom we don't finally give a shit -- and it means that what goes on around them (events, plotting) has to make up for this and keep us interested. For the most part, Misters Oxford and Charles pull it off. 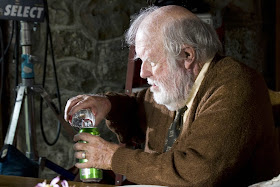 They introduce a nifty supporting cast made up of the always good Charlotte Rae and M. Emmet Walsh (shown above), a couple of cute/appalling kids, and Jim Gaffigan (below) as Mr. Settle's co-worker. 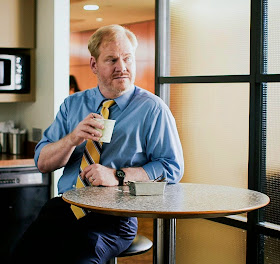 How the movie makes use of a number of our most noted holidays (one of which is shown below) adds some extra fun and games in the ongoing war between men and women that the filmmakers here raise another notch. 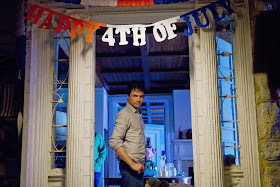 I may be reacting as much to the bad press this movie received as to its innate qualities. But I did enjoy all 82 minutes of the film and am glad I took a chance and streamed it off Netflix. You can also see it via Amazon Instant Video and perhaps elsewhere, too.
TrustMovies at 12:28 PM
Share