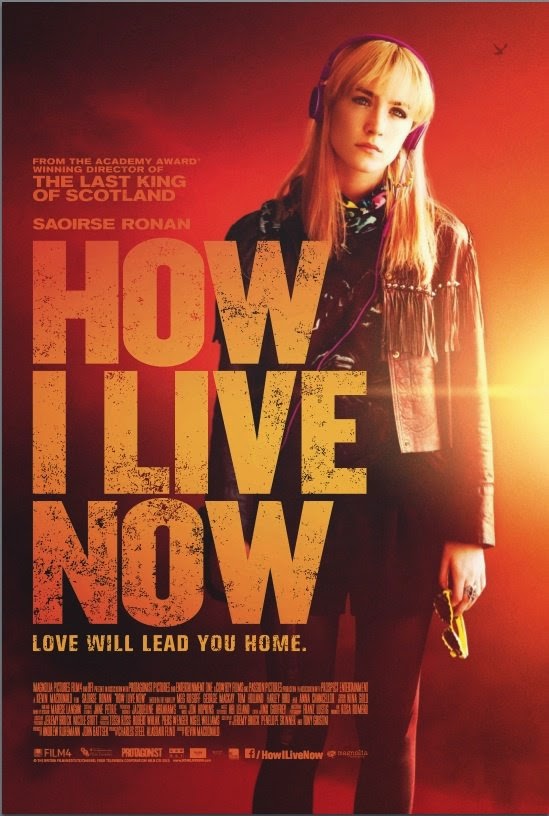 I suspect Kevin Macdonald to be one of the more under-rated of current filmmakers. Perhaps, when you have a major success, such as The Last King of Scotland, early-to-midway in your career, critics expect something that "special" to follow consistently. In TrustMovies' estimation, Mr. Macdonald has given us several films just as good as that Idi Amin-inspired bio-flick -- his documentaries Donald Cammell: The Ultimate Performance, One Day in September, (which won the Best Documentary "Oscar" in 2000) and My Enemy's Enemy -- but these arrived without the fanfare, violence, and an all-stops-out Forest Whitaker "Oscar" performance and so have generally passed by the purview of many of our critical gatekeepers. 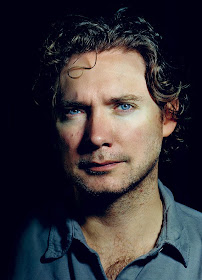 So it is, as well, with his 2013 narrative movie HOW I LIVE NOW, directed by Macdonald (shown at right) and adapted from the novel by Meg Rosoff by a quartet of screen-writers. This film came and went in theaters with barely a peep out of anyone. Yet it is a surprisingly rich and thoughtfully imagined look at how World War III might take place in a land such as England. I am guessing that the original novel was a young-adult book (the lead characters are 14 and 15), but while we see things from their perspective, we're also privy to what is happening in a manner that these teens cannot comprehend so easily. 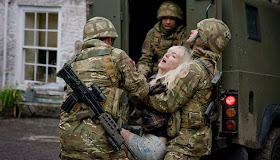 This makes for an unusual movie that keeps us off-balance in a satisfying way because we must constantly adapt our expectations to the surprises in store. And even though this is WWIII, don't expect tons of violence and warfare. Instead we get carefully selected looks at the sort of things that might happen in the bucolic British countryside, as a terrorist war takes over the terrain. 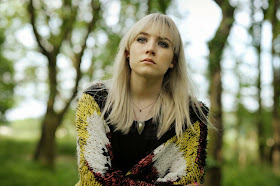 And though the movie is indeed a kind of love story and also a road trip and war film, I do wish the marketing team had not resorted to a tag line like the one on the poster, top. "Love will lead you home" may sound appealing and even be truthful (on one tired level), but it also sounds squishily sentimental on another and undoubtedly turned off as many possible viewers as it turned on. And Macdonald is simply too good a movie-maker to give us a film that fits that particular description. 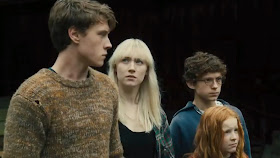 For his stars he's cast that excellent Irish actress who seems to be able to play just about any nationality, Saoirse Ronan (two photos up; above, center; and below), abetted by  two fine young actors George McKay (above, left) and Tom Holland (second from right, above). Ms Ronan plays Daisy, an American girl with a bad attitude sent to live with her Brit relatives for a spell, during which hostilities break out, and she and the oldest male in the family (Mr. McKay) find themselves in charge of the other kids, which includes the youngest, Piper, played by Harley Bird (shown above, right, and below, with Ms Ronan). Anna Chancellor plays, exceptionally well, the British brood's mom, a top government official who is quickly called away to help prevent the hostilities. 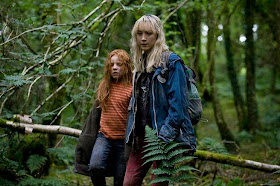 As you'd expect in a story with this much drama and event, people change, at least as much as they're able to under these conditions. This is especially true of Daisy, who begins the film as a fairly typical American teenage twat and ends it having grown in ways as important as they are believable. Mr. Macdonald has given us an intelligent, event-filled tale that combines coming-of-age with some much darker themes. And he has whipped it all together intelligently enough to involve and move us. 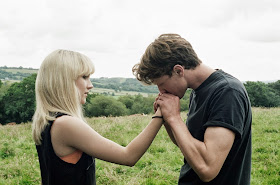 You can see the film now via Netflix streaming, Amazon Instant Video, and on DVD and Blu-ray.
TrustMovies at 5:55 AM
Share