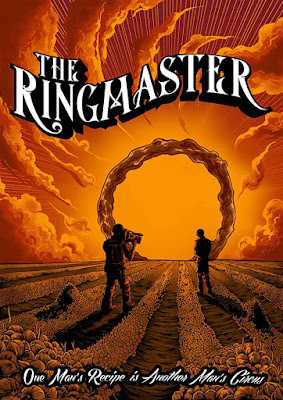 Who exactly is THE RINGMASTER of this eponymously titled new documentary? Seems to TrustMovies that there are actually four of them -- the most important being a Minnesota man named Larry Lang who is said (by many, many folk indeed) to have made the best-tasting, batter-laden, deep-fried onion rings in the whole wide world. Or at the very least in these United States of America. Larry is the ostensible subject of the documentary planned to be brought to fruition by a first-time filmmaker named Zachary Capp (shown at center, below, surrounded by what turns out to be this film's actual directors, Capp's friends Molly Dworsky, left, and Dave Newberg, right). 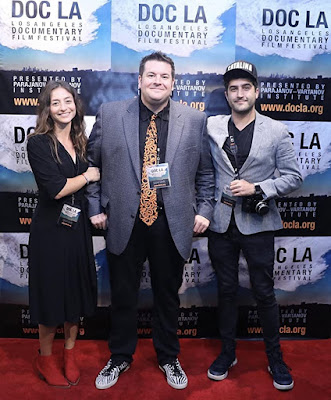 Mr. Lang (below) may be the ringmaster of those onions, and Capp of the documentary about them, but along the very bizarre, alternately funny and pretty damned sad journey that is this film, Ms Dworsky and Mr. Newberg must replace the original filmmaker. How and why make up the "plot" here, and quite a tale it turns out to be. 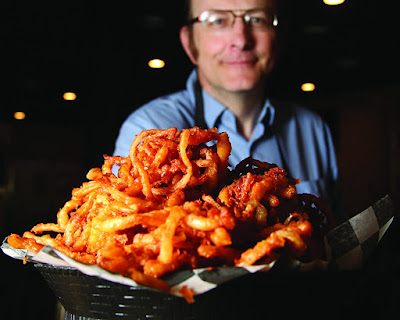 If onion rings are among your favorite food (as they are mine), I don't see how you will want to miss this movie and see and hear as those rings sizzle to a golden brown. (If only The Ringmaster were in Taste-O-Vision!) 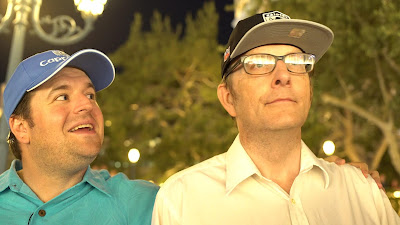 As filmmaker Capp determines to bring Lang's rings the acclaim they deserve, he and we viewers travel around the country watching various deals made so that the onions might become the "signature" food of important sport franchises, one of which is a certain famous football team who plans to move from Oakland to Las Vegas. 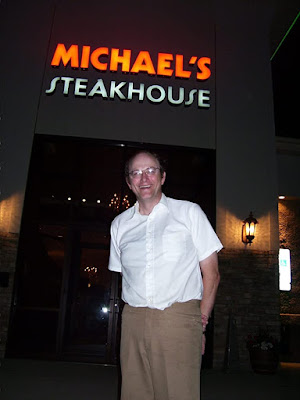 One major problem is that our Larry only wants his privacy and to be able to produce his rings in peace and quiet for whomever and wherever he happens to be working at any particular time.

And, as we learn almost from the get-go here, our Mr. Capp is a reformed gambling addict, and addiction, as we are so often told, never dies. It simply sleeps, waiting for a new "something" to attract its attention and claws. For instance: filmmaking as a road to fame and fortune. 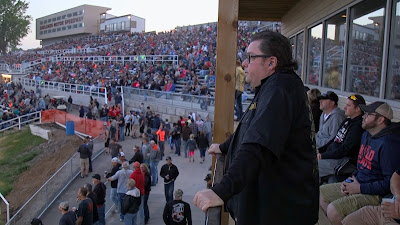 Yes, movie fans: In the long and varied history of hybrid documentaries, I think this one really does take the cake. Or the rings. Manipulation grows and does even more than its expected damage; even as we keep grinning, smiling and guffawing, the laughter begin to curdle in our throat. Onions are famous for making their chefs cry. So, I suspect, will be the case for viewers of this small-but-packed-with-observation documentary. 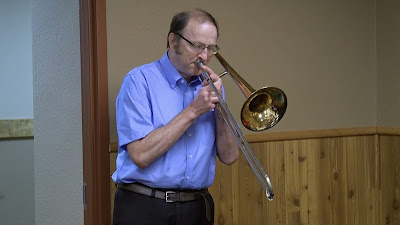 As the end credits roll, we learn the outcome for some of the folk we've met here. But what the rings themselves? Are they available anywhere now? Even as produced by Larry's sister Linda? Or are they to be consigned, as is so much else these days (including our country itself), to disappear down the river of full-out dementia? 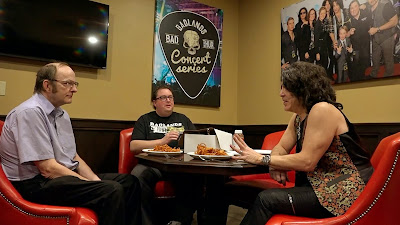 From 1091 Pictures and running just 88 minutes. The Ringmaster opens on digital and VOD platforms this Tuesday, October 6 -- for purchase and/or rental. (Even Gene Simmons and the band KISS get involved in all of this. Who knew?)
TrustMovies at 12:15 PM
Share