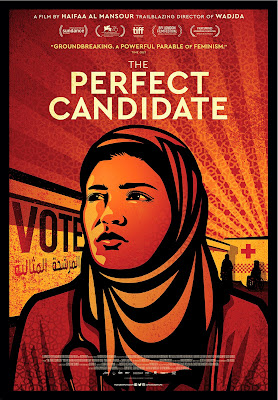 Watching the many and frequent hoops that a woman -- this one a noted doctor at a small-town clinic -- in the United Arab Emirates must constantly jump through called to mind the statement attributed to Ginger Rogers about what it was like to dance with Fred Astaire: "I had to do everything he did -- but backwards and in heels." Had Rogers resided in the UAE, she might well have added, "With one hand held behind my back and one foot tied to the sofa, and completely draped in black cloth that covers everything -- even my eyes!" 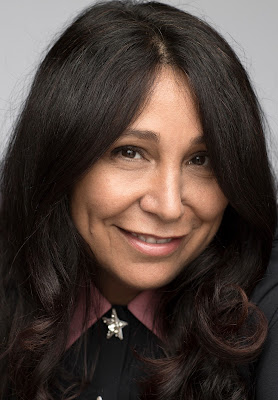 THE PERFECT CANDIDATE, the new film from the Haifaa Al Mansour (shown at left, the director of  the popular film Wadja, as well as of Mary Shelley) gives us that scene of our heroine, an almost-by-accident political candidate, having to give her big speech in front of people, with nothing but her words and the sound of her voice allowed to be seen/heard. This has got to be one of the most ironic/crazy moments ever put into a film about politics and feminism, among other subjects. 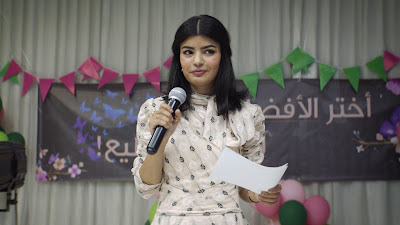 Is this regime utterly nuts? Of course it is. Long has been. Fortunately, our good doctor Maryam Alsafan (Mila Alzahrani, above), along with her two younger sisters (below) and very self-involved father (mom is deceased), understands how to negotiate many of the perils of being a woman with a will in Arab countries. But not all of them, unfortunately. Nor could we expect her to. But we do see the doctor contending with nasty patriarchal patients, along with the many obstructions to simply getting a necessary form signed by the government. 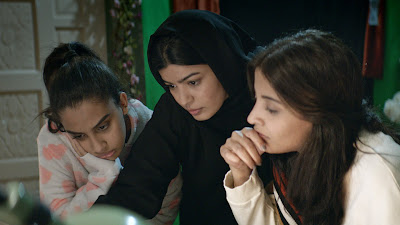 And our girl is not shown to be anything like perfect. Clearly, she bought a new car because it was "on sale," and initially she seems more concered with improving her own station in life than with helping the people and patients around her. 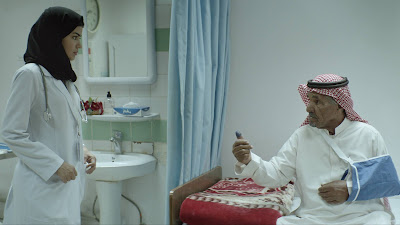 But as her campaign begins to take wings, we and she begin to see a little hope. Just a bit. But this is enough to buoy up the movie and its characters, and to give us a final scene (above) in which one of those patriarchal patients has something of an enlightenment. It's not a whole lot, but it is enough to make Maryam (and us) understand that you can lose, even as you simultaneously win. 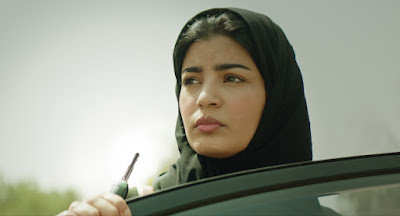 From Music Box Films, in Arabic (with English subtitles) and a little English, and running 104 minutes, the movie opened in theaters (in New York City and the Los Angeles area) yesterday, and will hit further venues around the country in the weeks to come. Click here (and then scroll down  to "Theatrical Engagements") to view all currently scheduled playdates, cities and theaters.
TrustMovies at 6:16 PM
Share