The first great film of this year: Mohammad Rasoulof's Iranian marvel, THERE IS NO EVIL 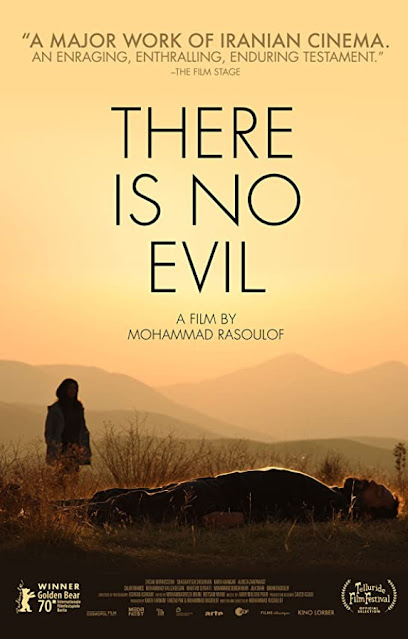 The deservedly top prizewinner at the 2020 Berlin Film Festival, THERE IS NO EVIL is a movie that constantly questions the power of the state vs the morality of the individual in an authoritarian regime. For that reason, this film by Iranian-born Mohammad Rasoulof had to be shot on the sly and smuggled out of Iran. 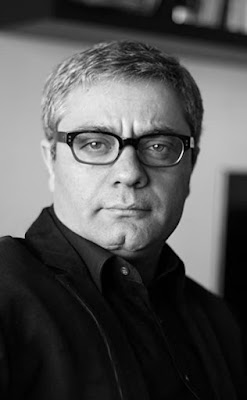 Despite this, the movie -- in terms of art, content, philosophy and, yes, even as entertainment -- seems to me to be not much improvable upon, had Mr. Rasoulof been given the time, budget and accommodation of any western "studio blockbuster." (The filmmaker himself, shown at right, has been imprisoned in Iran and banned from making movies for two years.)

Each of the four tales in this anthology addresses a particular  moral question from a different angle, situation and set of  characters -- although by the finale, you may wonder if one of these stories is simply the continuation of an earlier one, though perhaps in a different time frame. (Or maybe not.) This does not really matter, in any case, because each story is told so honestly and so well. 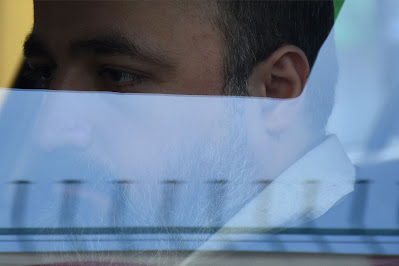 The entire film lasts two and one-half hours. I admit this sounded a bit daunting when I began my viewing. But so immediate, pertinent and involving is the first episode (and each one thereafter) that any sense of time and/or deadline quickly melted away. 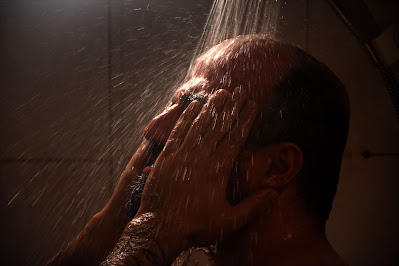 Episode One deals with a man, above and above) coming home from work and showering, an imperilled animal he encounters and saves, his wife and child and the various errands he and they must handle. The sense we get of modern-day Iran seems exceptional in its very ordinariness, and the tale ends with our hero back at work and a sudden coup de cinema that I have never experienced -- until now -- and which sets the scene for, as well as our sites on, all that follows, while forcing us to re-think all that we have so far seen. 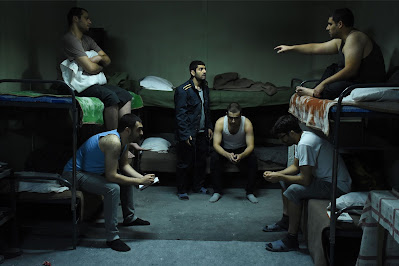 Episode Two is set in what looks like prison but I think is actually the military (which in Iran, as elsewhere, seems awfully close to the same thing), as we learn of the dilemma faced by one young man. Included here in one of the best philosophic discussions of guilt, innocence, death, responsibility and the power of the state that I have seen and heard. Plus quite a bit of suspense and surprise. 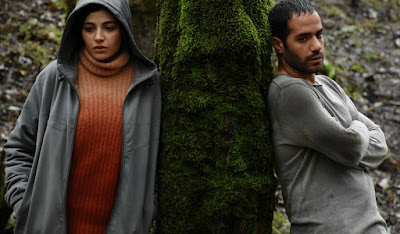 We move to the verdant countryside in Episode Three and the birthday of a lovely young woman (above, left), attended by her family and her fiance (above, right), which then turns into a wake. For whom, why, and how this has come to be all bubble up and pour over each other in this tale of, not lies, exactly, but information withheld. The final shot is simply amazing: ironic, deeply moving and quietly  provocative. 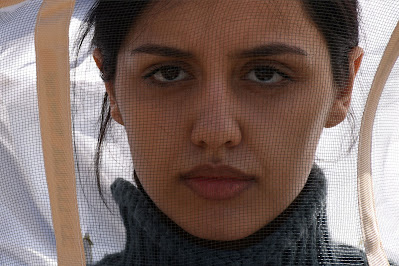 Quiet describes the final section, too, as we see the arrival at the airport of Darya, who has returned to Iran from attending university in the west. Awaiting her are her parents, or so we imagine. But history, along with information again withheld, slowly disseminates, as we and Darya learn of the older couple's beekeeping activity and the man's health issues. The animal world, as well as the human, figure in this episode, and the ending is one of the most subtle yet encompassing and quietly moving that I can recall. 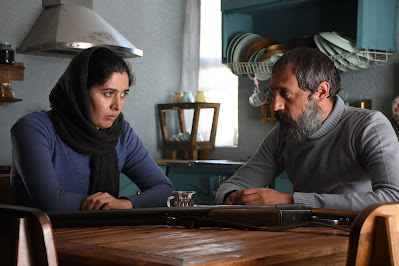 TrustMovies has deliberately left out the actual "theme" of this film -- the engine that drives all of its episodes -- because simply to name it seems almost too obvious and heavy-handed, not to mention offering up somewhat of a spoiler. Rasoulof is such a delicate filmmaker, giving us such a rich array of characters, as well as attitudes toward his main subject, that I urge you to see this film without reading too much about it beforehand. 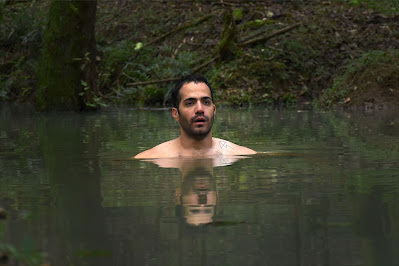 The writer/director plays fair by all his characters -- even when they do not always play fair with each other. (He also draws expert performances from every actor.) There are no villains here -- except the State itself. We're all flawed, right? So his chosen title There Is No Evil, if not taken in completely ironic fashion, may bring to mind that famous quote from Terence, "Nothing human is alien to me." 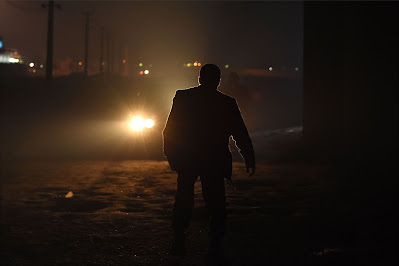 In any case, for me this is the movie of the year so far. I have not stopped thinking about it over the week since I viewed it. Even the occasional maybe-too-easy coincidence Rasoulof allows pales in comparison to the beauty, depth, subtlety and inclusivity on view. The filmmaker has given us here not merely Iran but ourselves and consequently the whole wide world. 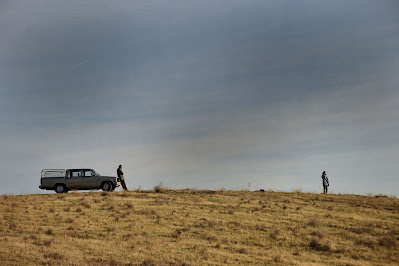 From Kino Lorber, in Persian and German with English subtitles, There Is No Evil opens tomorrow, Friday, May 14, at Film Forum in New York City -- both walk-in and virutally -- and can also be seen at virtual cinema across the country. Click here to view all venues nationwide.
TrustMovies at 11:11 AM
Share