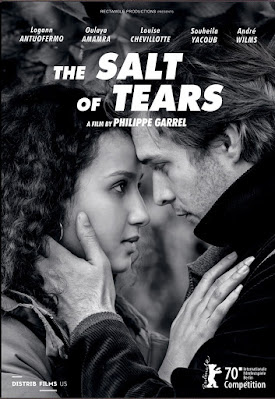 The relationship that a callow, manipulative young man named Luc develops with three different young women provides most of the content for THE SALT OF TEARS, the latest film from Philippe Garrel (shown below), a French filmmaker whose sensibility seems forever stuck back in the 1960s even when, as here, he's desperately trying to come to terms with life and love in the 21st Century.

Motherless for most of his life, Luc does have a bond with his father (he's followed Dad's line of work), but seems to gravitate toward clingy, uncertain young women. 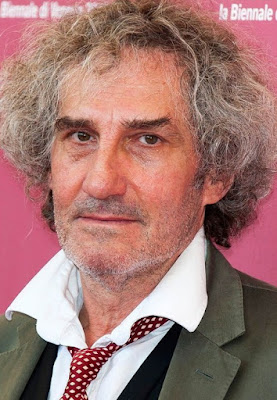 A fairly prolific filmmaker, M. Garrel already has 37 directorial credits and 32 for writing. For my taste, his movies have always remained in the (at best) "iffy" category. This one doesn't begin to achieve even that level.

Here, he relies on narration to fill in too many of the blanks --  from history and character to what his hero, Luc, is thinking and feeling.

Garrel tells instead of shows -- except when he does both, in far too tiresome a fashion. Further, that narration too often comes through as both pretentious and empty. 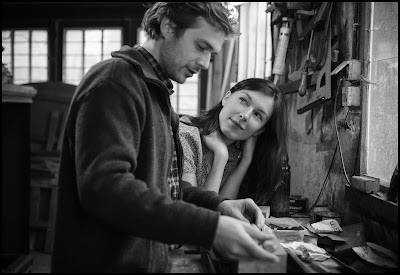 Luc is played by the handsome newcomer Logann Antuofermo (above, left), whom we'll probably see again under better circumstances, while two of the three women are portrayed by Louise Chevillotte (above, right), whose needy, clingy character seems clearly responsible for Luc's learning how to "finger" so very well, and 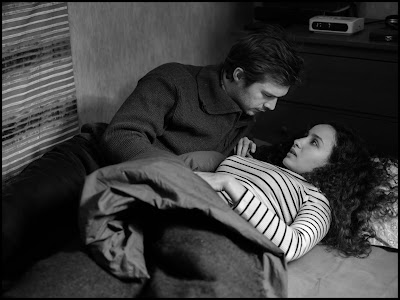 Oulaya Amamra (above, right), who plays the young woman Luc accosts at a bus stop, finagling his way into her affection (and perhaps into her womb: Our boy proves very fertile). These two characters seem like hold-overs from another age, and even the faintest feminist is likely to cringe while watching them. ("You're the one who matters, Luc!" implores one of these, when it is already too clear that he neither does nor should.) 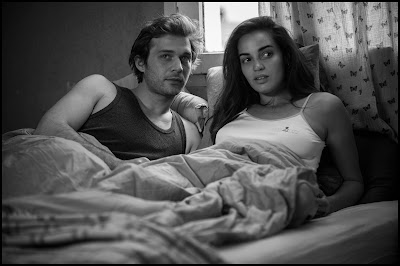 The third woman, Betsy, however, is quite another matter: self-supporting and self-sufficient, too. At least until we discover she needs to be fucking two men -- one by day, the other by night -- in order to be really satisfied. As played by Souheila Yacoub (above, right), Betsy helps brings the movie to some life during its final third. 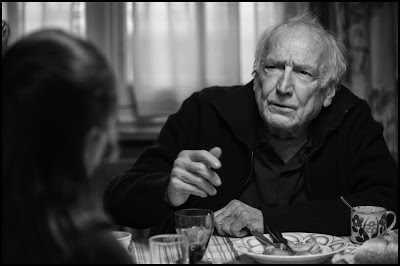 Far too leisurely paced and predictable, The Salt of Tears is probably most embarrassing when it asks us to feel so sorry for poor Luc because he can't afford to eat lunch out with his classmates. And that narration grows ever more self-serving, pompous and finally very nearly as stupid as seems our asinine hero -- whose thought and action (via that narration, of course) regarding his father at film's end may very likely draw your biggest guffaw. (That's André Wilms, above, as Luc's dad.) 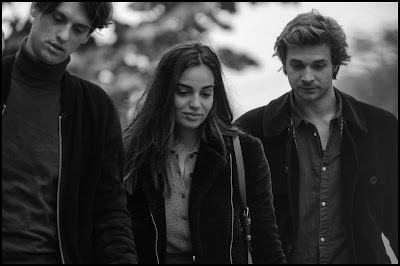 There is an excellent dance scene at a club, due to its being shot at enough distance to allow us to see and enjoy the choreography, while the focus is on the faces as well as the bodies of the participants. The cinematography (by Renato Berta, of Fairytale) is also very fine. Otherwise, The Salt of Tears is mostly flatfooted nonsense. 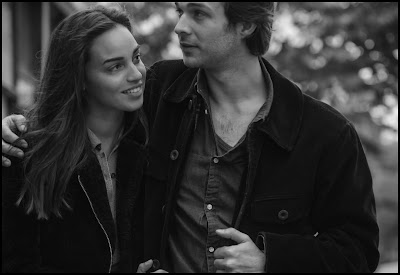 From Distrib Films US (distributed here in the U.S. via Icarus Home Video) and running 101 minutes, the movie hit home video on DVD at the end of last month and is available now. Click here and/or here for more information.
TrustMovies at 5:55 AM
Share