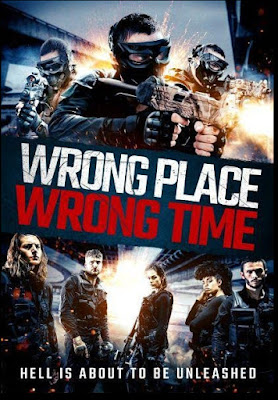 And if that's damning with (not even) faint praise, so be it: WRONG PLACE WRONG TIME takes one oft-tried genre (the big-time heist) then couples it to another (the supernatural) with results that are consistently done in via mediocre dialog and performances that are made up of "attitude" rather than the "specifics" required by genuine acting. 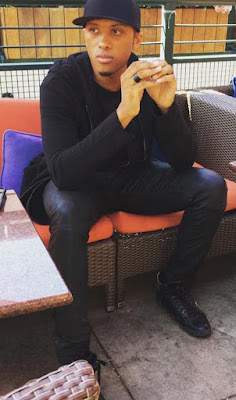 As written and directed by a fellow named Justin Price (shown at right; he is also the co-producer and cinematographer), the movie starts out with a bang (quite a few bangs, actually) as a bloody, never-before-managed theft of some major information occurs and is then interrupted by a major, terribly silly and sentimental moment between one of the killers and a little boy.

Our anti-heroes flee and finally take refuge in an off-the-beaten-track house that is full of nasty surprises, which will come as a surprise only to those who've not seen several of this type of genre mashing previously.

The near-constant, would-be suspenseful music does not help things much, nor does the fact that these supposedly super-smart, top-of-the-line criminals keep behaving so stupidly. (When one of their group suddenly disappears, this fact is mentioned yet nobody bothers to go look for the poor girl.) 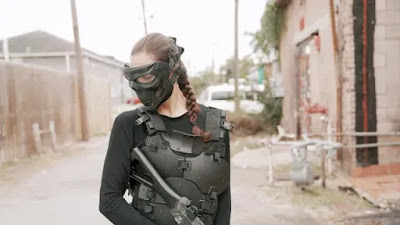 The film vamps its way along, with us viewers far ahead of those poor, on-screen schmucks, while the dialog, which begins as merely mediocre, soon falls a bit below that. My favorite line is "Solomon, hey -- what's happening?" spoken to poor Solomon, as he is clearly in horrible pain and probably dying. 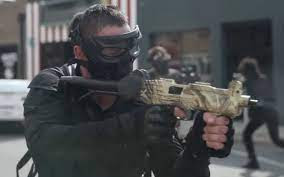 Finally all that is left is a lot of blood-letting and low-cost special effects. On the plus side is a real beast of a villain, played effectively, with pretty good prosthetics,  by -- yes! -- Mr. Price himself. But the finale goes on and on and on until you're ready to grab the one remaining gun on view, stick it in your mouth, and pull the trigger.  However, if you're into watching a person's intestines being pulled out of their body as they die, then this may be the movie for you. 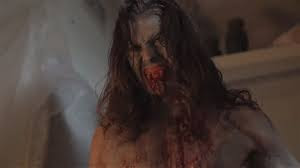