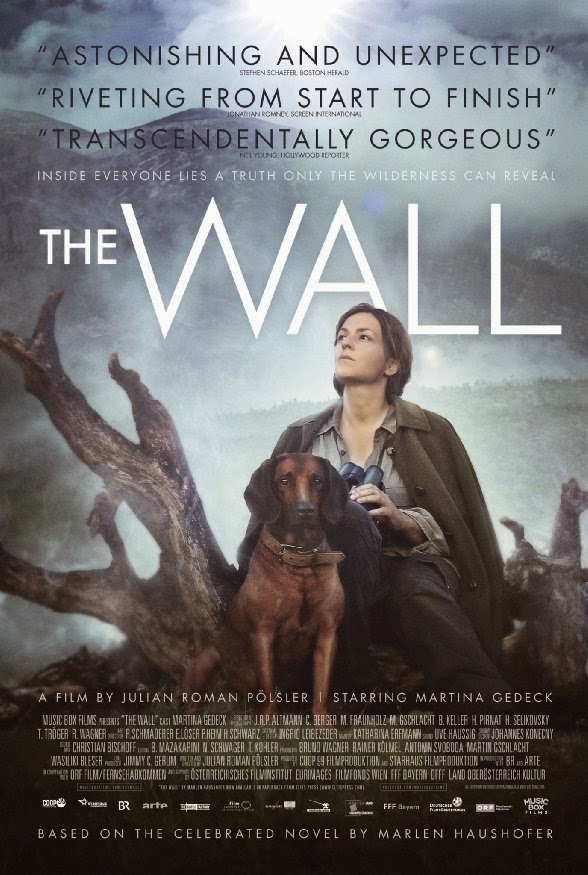 Here's a movie unusual in a number of ways, all of them for the better. It takes an "other-worldly event" -- an invisible but quite solid wall suddenly appears and separates portions of our world (in this case, in Austria) allowing life to continue on one side, while appearing to end it on the other -- and turns this into a kind of existential meditation on existence and the point of it all. Made in 2012, the movie's premise was used the following year in a rather typical television show (based on a Stephen King novel), Under the Dome, with predictably tiresome results. However, THE WALL, adapted and directed by Julian Pölsler (shown below) from the novel by Marlen Haushofer, is the real thing: thoughtful, intelligent, surprising and riveting. 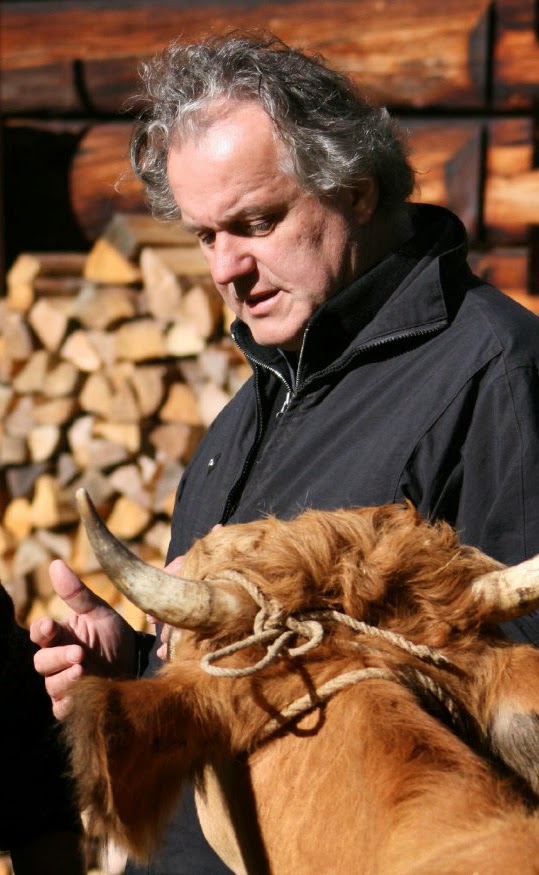 In the movie, our heroine (whoops -- there goes most of the U.S. male audience), beautifully played by German actress Martina Gedeck, is taking a holiday in the country with elderly friends. They leave her with the care of the family dog, as they drive for a brief visit to a nearby town to get supplies and -- that's the last we (and she) ever see of them. When she goes out to investigate, she encounters the invisible wall, here, there, in various spots. This makes no sense. But it is here. Why? For how long? Who placed it? To what purpose? These are questions that soon become pointless to ask or even waste time worrying over. 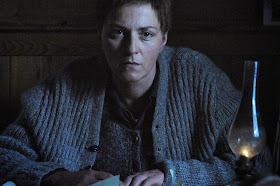 While watching the film, my spouse wanted answers and grew a bit angry, both because these were not provided and because our heroine, shown above and below, and known only as Woman, doesn't try to do more to find these answers. But why should she, I wonder? Answering these questions turns out to have little to do with her survival and more to do with what we Americans expect of our movies and storytelling. 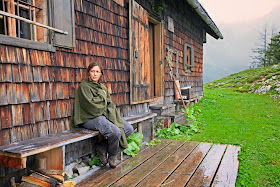 I also wonder if this insistence on answers has to do with my spouse and I being male, and "Woman" being a woman. I would not exactly call The Wall a feminist film, but then again, why not? Is it possible that women are more adaptable, more quickly able to see the complete picture and to understand what is necessary to accomplish? Perhaps. That is certainly the way things work out here. (The final and most major event of the film would also bear out this reading.) 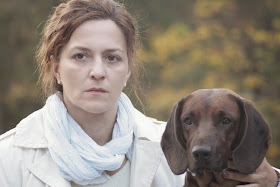 Woman bonds first with the dog, and then with other animals she encounters, and over time creates and continues to provide a decent life for this small menagerie. She plants, seasons change, she harvests, all the while keeping a kind of journal of the experience (in its way, the movie becomes that journal). 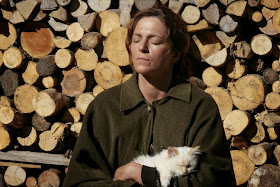 She moves from the original wood cottage to another abode overlooking the valley below. Events happen -- middling to minor, one quite major -- and on she goes, a kind of Ms Robinson Crusoe, in a strange new world. 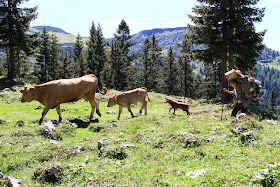 The beauty of place is near staggering here, partly, of course, because of gorgeous Austrian countryside and mountains, and also because of this strangeness. You'll ask yourself, what you would do under similar circumstances, then quickly answer" the same" -- if, that is, you were as quick and smart and tenacious as our gal. 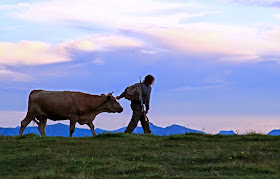 The film's ending questions the possibility of her life continuing. Given who she is, I would bet on her survival, for awhile longer, at least. In any case, her life so far has been an amazement that I would not have wanted, under any circumstance, to miss. 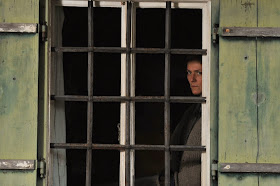 The Wall, from Music Box Films, is available to stream in high definition now via Netflix, Amazon Instant Video, and elsewhere -- and is also for sale on DVD.
TrustMovies at 5:55 AM
Share