Paris as a haven for American Blacks: Alan Govenar's MYTH OF A COLORBLIND FRANCE 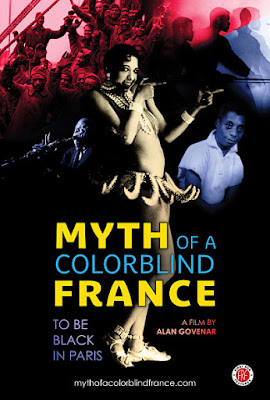 The not-so-aptly titled documentary MYTH OF A COLORBLIND FRANCE -- which makes this storied country of hoped-for Liberté, égalité, fraternité seem more negative than it is (or at least was) -- actually offers viewers the opportunity to discover or maybe remind themselves of just how welcoming France became for African-Americans starting with World War I and continuing very nearly through present-day rise of nasty white nationalism in far too many countries worldwide, including the USA (which hardly needs more of this shit).  No country is really colorblind unless its populace is actually blind, a condition that maybe exists in an old Star Trek episode or a nice aphorism ("In the country of the blind, the one-eyed man is king"). Racism might exist everywhere, one speaker points out, "but in France, I could do something about it." 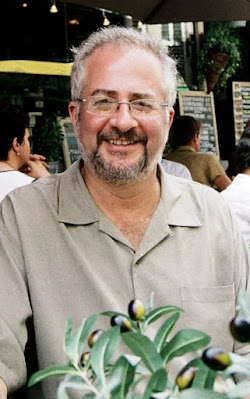 As co-writer (with Jason Johnson-Spinos) and director of this fine new documentary, Alan Govenar (The Beat Hotel, You Don't Need Feet to Dance), shown at right, offers us viewers a wonderful and rich contribution to the history of African-American culture and the part that France (well, mostly Paris) played in all this.

While the filmmaker hits the expected high points -- Josephine Baker (below), James Baldwin (further below), Richard Wright -- he also includes a lot more examples of lesser lights whose interesting stories and thoughtful musings add much to this history of Black ex-pats in Paris. 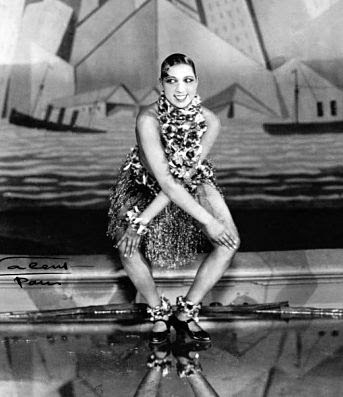 And, yes, as certain reviews have pointed out, the documentary jumps all over the place, back and forth from person to person, time period to time period. Yet what it has to tell us is so worth hearing (and seeing) that TrustMovies certainly did not mind these travels. 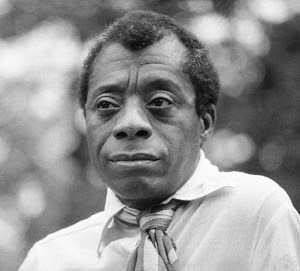 My least favorite sections are given to some music-and-poetry improvisations that seemed to me a bit puerile, yet whenever that poet speaks of his experiences and philosophy, the movie immediately gets back on track. (That's poet James Emanuel, left, with saxophonist Chansse Evans, below.) 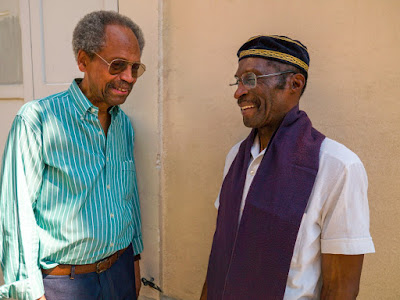 We learn about everyone from famous 19th Century playwright Victor Séjour to jazz musician Sidney Bechet, the famous Bricktop club, mystery writer Chester Himes and especially the still-going-strong sculptor/poet/novelist Barbara Chase-Riboud (below), whose novel Sally Hemings became a kind of touchstone for the continuing American hypocrisy regarding slavery and its history. 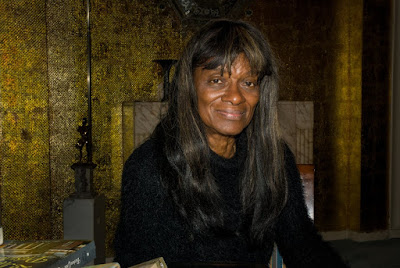 Of special note (among a lot that's already pretty special) is famous subway graffiti artist known as Quik (below), who tells us of his first trip to Europe and what happened on his first morning out and about in (I think it was) Amsterdam. 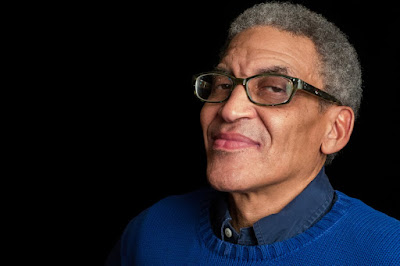 Even if there is information you will already have known present in the documentary, much of this is well worth recalling, and what and who you will not have known about should make the film a must-see for anyone interested in Paris, history, and Black lives and culture -- then and now. 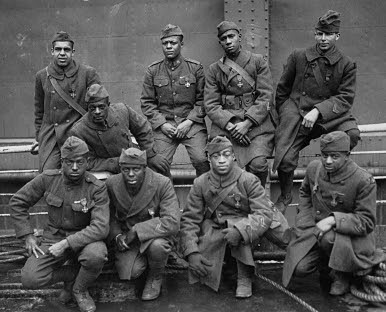 From First Run Features and running 86 minutes, Myth of a Colorblnd France opened this weekend in virtual theaters across the country.  Click here to see where and how you can view the film.
TrustMovies at 12:12 PM
Share