Boy, do we need it now! Hans Pool's BELLINGCAT: TRUTH IN A POST-TRUTH WORLD 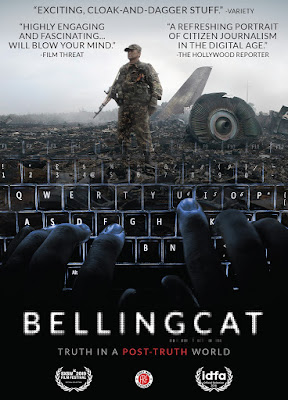 In this time when dictators everywhere from Russia, China, Brazil and the Philippines to Eastern Europe (and of course, right here in the USA: that asshole and would-be dictator we'll call Ronald Rump) are doing their best to cow their people into not being able -- and finally not even caring -- to tell the true from the false, what a joy it is to find out about a little group of online investigative journalists collectively know as Bellingcat. Yes: as in "belling the cat," whch is, not coincidentally, how and why this group first got its name. BELLINGCAT: TRUTH IN A POST-TRUTH WORLD, written, directed and shot by Hans Pool, a filmmaker from The Netherlands, is as important a documentary for these fraught times as any I've seen of late. 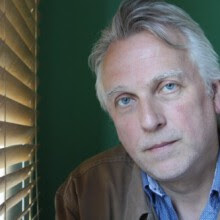 Mr. Pool, shown at right, has put together such a necessary document here, especially since, at this time, so much of what the world sees and accepts as news is often and deliberately fake. How to tell the difference between what's real and what is not is of ever more vital importance. Consequently, to have a group such as Bellingcat dedicated to ferreting out truth from lies becomes a necessity. And the fact that the group is made up of citizen journalists using mostly what they've been able to find online (and then find evidence of its veracity) makes them ever more valuable. 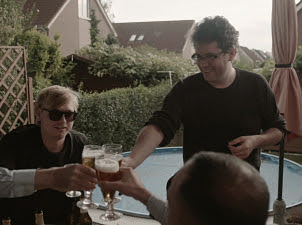 The filmmaker introduces us to the various people involved in Bellingcat, beginning with its founder, Britisher Eliot Higgins (above, right), then moving on to other major figures Christiaan Triebert (below) and Timmi Allen whose abilities and personal situations have made them vital to the organization. We learn some of the ways in which their forensic skills help determine truth from lies online, and we are shown how and why all this can and is being used as verifiable evidence. We also hear from various social media and journalism experts from academia who offer thoughtful, precise explanations of what's going on in our current times. 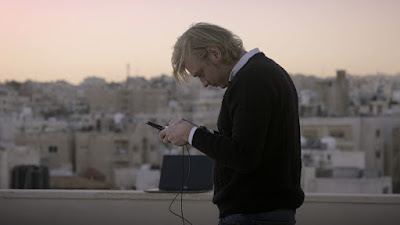 Claire Wardle (shown below), for instance, notes that in our earlier technology times, we seemed to most fear things like robots, when what might bring us down instead is technology that simply reflects back on us our own worst aspects. Later, Ms Wardle adds, regarding the internet, "If you see information that reinforces your world view, you have no interest in checking its veracity." Which is exactly why we need and now have Bellingcat -- which has grown from a one-man operation to these days having a much larger crew. 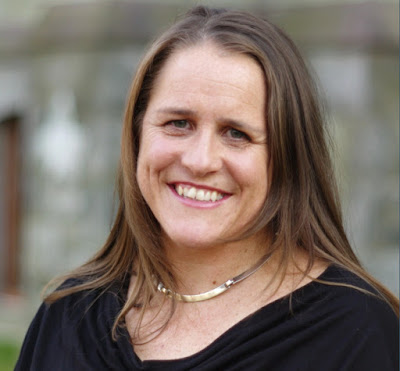 The subjects of investigation the documentary focuses on most are the downing of MH17 (Malaysia Airlines Flight 17) in 2014, the Syria Market Bombing, and to a much less extent some of ISIS's beheadings. Regarding MH17, everything from a video of the Russian convoy with a missile missing to fuel prices of the day comes into play, and the documentary combines the thrust of a forensic thriller with the too-timely urgency for a constant search for truth. 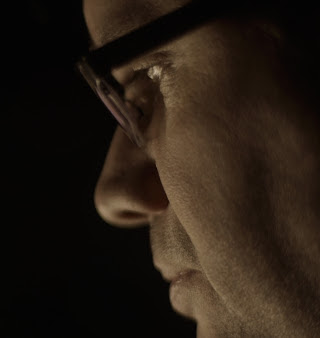 You will worry that Bellingcat's lives are in danger, and while they well may be, one member (whose sudden disappearance causes consternation for the others) tells us that the organization is now too big for this to be so easily managed. If you, like TrustMovies, knew almost nothing about Bellingcat going into this film, you will come out of it with a huge appreciation for all this amazing organization has done and continues to do. In terms of investigative reporting, it has shown much more storied and monolithic news media, such as The New York Times and the BBC, how to better do their job. (Christiaan Triebert, in fact, now works for The NYT!) 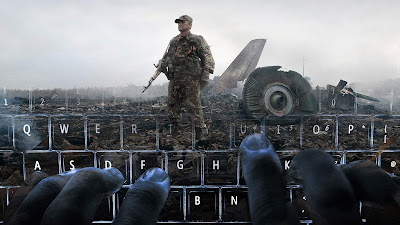 From First Run Features and lasting 89 minutes, the documentary arrives for U.S. viewing via DVD this Tuesday, October 13 -- for purchase and I hope rental. Expect it to stream eventually, too. When I learn how and when, I'll post that here.
TrustMovies at 7:27 PM
Share