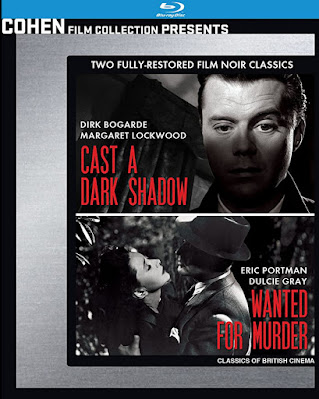 This pair of  certainly-not-classic but quite-presentable-anyway murder mysteries from England (both on the same disc) comprise a nice evening-or-two's enjoyment for buffs of British film.

Surprisingly enough, it's the lesser-known and less-credentialed of the two that makes for the more pleasant viewing. 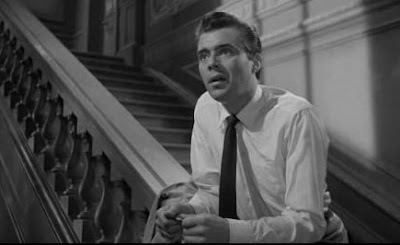 CAST A LONG SHADOW (from 1955) boasts the talents of actors Dirk Bogarde, Margaret Lockwood, Kay Walsh and Mona Washbourne plus the directorial skills of Lewis Gilbert, in which Bogarde (above and on box art, top) plays another in his "handsome rotter" repertoire (was he unknowingly auditioning here for The Servant?), at which the actor was just about unparalleled. Even as you know every word out of his mouth is fraudulent, you also easily believe that the older women he's seducing (in one way or another) and then "demising" are at least hopeful, if not completely convinced, of his honesty and worth. 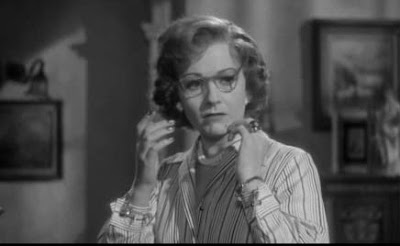 Until, that is, he connects with the crafty, no-nonsense, I'll-take-what-I-can-get character played by Ms Walsh (above), who proves the film's highlight. This is one memorable performance. The elderly and always delightful Ms Washbourne portrays an early victim of our boy, while Ms Lockwood (below), is also spot-on as an attractive late-comer to the mix. 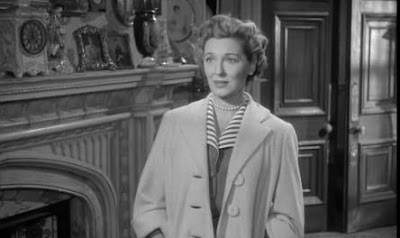 The movie is nicely acted, written and directed, but at this point in time, not at all surprising. You can predict just about everything that will happen, if not immediately then plenty ahead of the folk to whom it will occur. Still, there remains little as appealing and appalling as Mr. Bogarde at his usual naughty best. 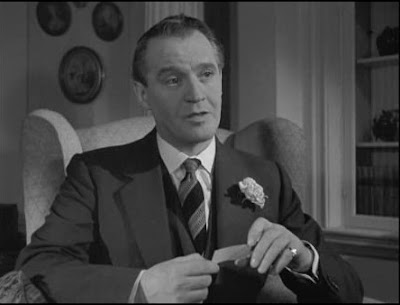 The lovely surprise of this duo, however, is the movie with the moniker that could hardly be more generic: WANTED FOR MURDER. Yet this one is a small gem of its time period: a genre-mashing mystery with sweet romance and a little comedy -- and simply full of the social mores and cultural artifacts of its day. There's little mystery (not for long, at least) regarding who it is who's wanted for those murders. That would be the film's star, Eric Portman, who excelled at portraying strong, often nefarious characters, here playing a successful, well-to-do fellow whose problems stem from "father issues," about which we learn more as the film proceeds. 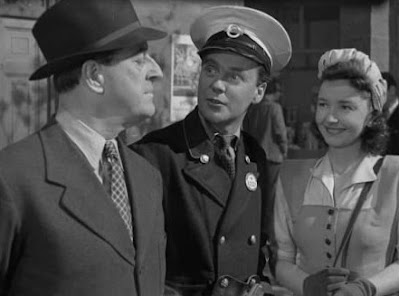 The romance and comedy come via an in-danger young woman (the lovely Dulcie Gray, above right), whom the Portman character is "dating," and the young man (Derek Farr, above center) she meets and is smitten by, and by the always on-his-marks Stanley Holloway (above left), as a not-quite-brilliant police officer. The manner in which this romance develops is so charming, witty and "unpushed" that it should make you long for the "old days" when at least a few films knew how to create and then make the most of their endearing characters. (The best recent example of this can be found in the film Spontaneous; check it out via Prime Video or Hulu.) 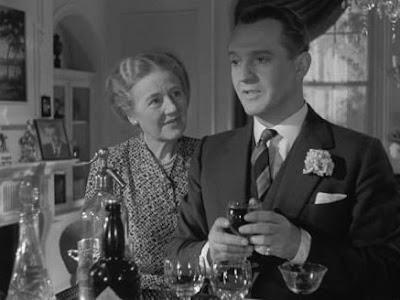 The murder-mystery portion of the film work surprisingly well, too, for we end up feeling, as we should, real empathy for the victims, and even, finally, some understanding of the villain himself, whom Portman brings to life chillingly and sadly. Based on a stage play and very nicely filmed indeed by journeyman movie-and-television director Lawrence Huntington, Wanted for Murder proved special enough to fully make up for some of the dreck TrustMovies has had to sit through over the past months. 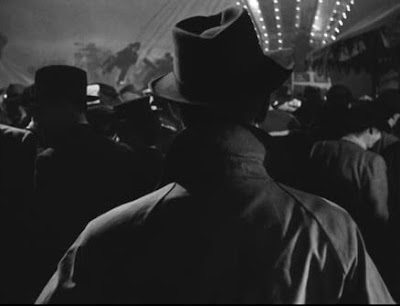 From the Cohen Film Collection's Classic of British Cinema, (distributed via Kino Lorber) these two features on a single disc arrived on Blu-ray (in a nice 2K restoration) and DVD a month or so back and are available now for purchase (and I hope rental, too). Click here for more information.
TrustMovies at 4:44 PM
Share